To get invested in gold and silver can make a great diference for the future, for great investers as for small savers.

To buy gold is the best strategy

When the bubble of technological companies burst in 2001, gold increased its value from 265 $ to 1.890 $ per ounce, only in 10 years!. However its value did not change, what changed was the value of the money we use.

Different governments and Central Banks, have a union of their own interests, they manipulate the price of gold so us, the citizens, are not aware of the loss of value of the currency. 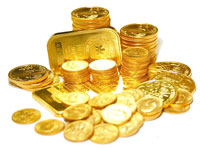 This manipulation in the Futures Market of precious metals cannot resist this for much longer, because gold is needed to respond with delivery. The demand under 1.200 $ per ounce is higher that the total amount of gold suitable for selling. Also a lot of mining explotations stop their production when gold has a low price, because the explotation cost is higher so that drives gold production lower and obviously the price of gold surges.

SOLIDITY
Gold is the most secure existing money.

OPORTUNITY
After more than 3 years of correction in which the price of gold has decreased, it is the best moment to buy. There is no risk of a significant price decline, because its current price is nearly the explotation costs.

TAX ADVANTAGES
To invest in gold is VAT free.

HISTORY
Gold has been used as a way of interchange and saving for more than 5.000 years.

PRODUCTION AND CONSUMPTION
If we distributed all the available gold in the world between all the total world population, we could only get a fraction of an ounce each.

MONEY SYSTEM
The International Money system is out of control. It is only a matter of time when a big reform will change it by new international agreements. Probably new currencies will be newly based in gold

SAVE HAVEN
Gold does not need another party for its value, it is concentrated wealth. It cannot be confiscated as bank deposits or any other financial asset. If you physically own it, governments cannot manipulate its value only its price.
Gold passes from generation to generation, and it is a part of the family heritage.

If you have an investment portfolio, gold will add: 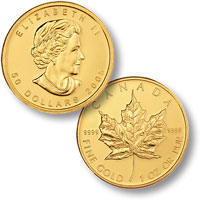 Sign in
We use cookies. If you continue to use this site we will assume that you are happy with it.
Got it
×